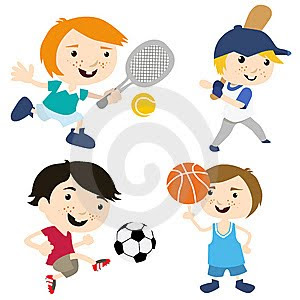 For the average person, participating in physical activities on a daily basis is a way of life. For the 1.5 million people who live with autism in the United States, participation in such activities is much more complicated due to the conditions of the disability (Centers for Disease Control and Prevention, 2007). For those affected, research teams have discovered that physical activity decreases the stereotypical behaviors associated with autism (Levinson & Reid, 1993). In light of these findings, physical activity is being modified in many ways as well as used to control the behaviors associated with autism. The end result of these activities is the increased in overall physical health of people with autism.

Autism is the most common of the Pervasive Developmental Disorders (PDD) with impairments affecting the development of social interactions, communication skills and restricted, repetitive and stereotyped patterns of behavior (American Psychiatric Association, 2000). Each area of development may be affected to a different degree in the same child for example; one area of development may be mildly impaired, while another area may be severely impaired. According to the Autism Society of America (2007), one in every 150 children is diagnosed with autism. Males are significantly higher in occurrence than females with a ratio of 4:1, and a ratio of 2:1 for severe to profound intellectual disabilities (Fombonne, 2002).

Autism is generally apparent by the age of three. Early detection of the disorder is the key to implementing a successful intervention when striving to improve the development of children with autism. At the present time, diagnosis is based on history, screening instruments, and parental, teacher and pediatrician observations. Comprehensive evaluation by a multidisciplinary team which usually includes: a developmental pediatrician, psychologist, psychiatrist, and physical, occupational, speech, behavioral and developmental therapist; are required to diagnosis autism (National Institute of Mental Health, 2008).

Exercise and physical fitness are important aspects a person should maintain for a healthy lifestyle. For children with autism this is particularly true as individuals have been found to have low levels of physical fitness. Physical activity is instrumental when a person with autism is assisting his or her sensory integration, coordination, muscle tone, and social skills development. Studies have shown that an increase in physical activity decreases the stereotypical behaviors seen in children with autism. Stereotypical behaviors include repetitive mannerisms such as finger flicking, whole body rocking and repetitive behavior with tangibles (e.g., rubbing a string between the finger) (Crollick, Mancil, and Stopka, 2006). Children with autism may also develop challenging behaviors such as screaming, hitting and biting, which are concurrent with deficits in social interaction and stereotypical behaviors (Sigafoos, 2000).

A study conducted by Yilmaz, Yanardag, Birkan, and Bumin (2004) found that balance, speed, agility, power, strength, flexibility and cardiorespiratuar endurance and stereotypical behavior decreased after ten weeks of swim training and hydrotherapy. In a similar study, Levinson and Reid (1993) investigated the effects of exercise intensity on stereotypical behaviors. The results stated that vigorous activity (jogging for 15-minutes vs. walking for 15-minutes) was effective in reducing stereotypical behaviors for up to 90 minutes after the exercise session. Rosenthal-Malek and Mitchell (1997) conducted a study to explore the effects of exercise on self-stimulatory behaviors. This study revealed that after 20-minutes of jogging and stretching, stereotypically behaviors decreased compared to those who did not exercise.

These studies demonstrate the importance of implementing an exercise program for individuals with autism. When developing an exercise program, intensity and duration should gradually increase over time to adapt to the physiological changes which occur from exercise training. It is important to incorporate the four components of fitness; cardiovascular endurance, strength, flexibility, and balance, into the program. An exercise program should also include activities and exercises that both children and parent will enjoy. Parental involvement is a critical part of an exercise program and results in improved outcomes for children with autism. Parents are a great support system and encourage children to learn and try a new skill or activity.

When designing an exercise prescription program for a child with autism, one must take into consideration the five objectives of physical education. The five objectives of physical education are organic, neuromuscular, interpretive, social, and emotional. Also, any modifications which are needed to begin an activity should be made before the exercise starts. One should also take into consideration any sensory, behavioral, social and cognitive disorders that are associated with autism.

The organic objectives include the proper functioning of body systems to develop a foundation for skill development, muscle strength, muscle endurance, cardiovascular endurance, and flexibility (Stopka & Todorovich, 2008). Cardiovascular endurance is important for children with autism, not only for the physical fitness and health benefits, but also to help lower anxiety and depression, as well as serve as a foundation for learning skills. Flexibility is also important for children with autism since they tend to have low muscle tone. Flexibility can increase muscle tone and be helpful in relieving pain in sore muscles.

A harmonious functioning of the nervous and muscular systems to produce desired movements is classified as the neuromuscular objective (Stopka & Todorovich, 2005). This physical education objective includes locomotor and non-locomotor skills, game type skills, motor factors, sports skills and recreational skills. Locomotor skills and motor factors are the most important aspect of the neuromuscular objective (Crollick, et al., 2006). Walking, running, hopping and skipping are locomotor skills which allow a child with autism the ability to move around from place to place. Without motor factors such as, balance, kinesthetic awareness, accuracy, rhythm, power, reaction time and agility, a child with autism will not be able to participate in organized sports. The combination of locomotor skills and motor factors is also beneficial to cardiovascular health and enables another form of cardiovascular exercise to the child (Crollick, et al., 2006). In this area of physical education objectives, if the motor factors are identified and attended to at an early age the locomotion of a child will improve as he or she grows into adulthood.

The interpretive aspect of the physical education objectives is the ability to acquire knowledge of how the body functions, make value judgments and strategies during game situations, and develop an appreciation for personal performance (Stopka & Todorovich, 2005). These tasks are often difficult for children with autism to perform. For this physical education objective, beginning slowly and gradually challenging the child as the child grows older. Once a child is able to complete a task, he or she will have the confidence needed to attempt other challenging tasks in the future.

A main part of the social objective of physical education is communication with others. Children with autism often have a difficult time communicating their feelings, needs, and ideas in a group setting. One way to minimize this obstacle is to place a child with autism in a group or team with other children who do not have autism. Children with autism often learn by visual cues. By placing them in a group with others who are fully capable to express their ideas, may help a child with autism learn how to communicate with others, while developing an attitude that reflects good moral character. Communication can be verbal or nonverbal, and includes physical movement, facial expressions, body language or gestures like sign language. Sign language introduced at an early age gives a child with autism the ability to express their ideas and feelings to parents, teachers, and therapists (Crollick, et al., 2006).

A healthy response to physical activity through fulfillment of basic needs, the ability to be creative and have a outlet of self expression, and the ability to have a positive reaction when participating in activities with either a successful outcome or failure are all aspects of the emotional objective of physical education (Stopka & Todorovich, 2008). Children with autism often lack the ability to show emotions from an activity, with an occasional tantrum (Crollick, et al., 2006). Due to the lack of showing emotions and the lack of ability to be creative, it is important for parents, teachers and therapists to work with the child in this area of physical education. Positive reinforcement of an activity which has been completed in a favorable manner is a great way to teach a child with autism how to express their fulfillment in an activity. Children with autism should also learn how to control violent behaviors. Instead of disciplining a child the instant he or she exhibits violent behavior, one should figure out the cause of the outburst and then take disciplinary action if needed. In many cases the cause of the outburst may be related to a sudden change in the child’s environment or the child feeling incompetent in a certain situation.

In conclusion, exercises which are incorporated into the daily routine of a child with autism should be tailored to the needs and likes of the individual. One individual may need heavier and active routines incorporated into the mornings and more calming, soothing activities in the afternoon, while another may need calming activities throughout the day. Remember that engaging children with autism into physical activities maybe difficult at first, but once the child becomes accustomed to the daily routine, the positive benefits are endless.

Centers for Disease Control and Prevention (2008, April 2). How many children in the United States have an ASD? Retrieved April 4, 2008, from http://www.cdc.gov/ncbddd/autism/index.htm

Rosenthal-Malek, A., & Mitchell, S. (1997). Brief report: the effects of exercise on the self- stimulatory behaviors and positive responding of adolescents with autism. Journal of Autism and Developmental Disorders, 27(2), 193-202.